The return of disco

How about ending the year in a flurry of glitter, funk, pop and soul? The next best thing to time travel: take a journey back to the 70s, with their bright colours and psychedelic patterns.
Get the party (re)started!

In the 1970s, disco was an outlet for pent up energy and it would seem that this is the case once again in 2021. From French singer Juliette Armanet to Diana Ross and Abba, who just released a new album, it is impossible to ignore this timeless chapter of music history!

“Disco is becoming fashionable again for its nostalgic appeal,”, explains Roxane, A.K.A. Laroxstyle, on Instagram, a Lyon-based influencer and photographer who is a fan of vintage and ethical fashion: “The 1970s was all about colours, pop and beautiful patterns. It was also the period of our parents. There’s a kind of nostalgia today, where people are taking things from the past and bringing them up to date.”

Originally, disco had but one aim: to get people on the dance floor and keep them there. This musical genre, with its indisputably fun side, keeps the energy flowing and the passion burning. For Noémie, founder of the leather goods brand Rue Désirée, the return of disco is no coincidence: “Following this period of crisi, people need something cheerful and light-hearted. So, subconsciously, they are turning towards this fun and quirky genre.”

On the catwalks of Fashion Week, the look for next summer is all about colours, glitter, vinyl and glossy effects. Beginning with Isabel Marant. Looking good and feeling good. Can you feel the fever rising? Put on a record, unearthed at  The Sounds of Music Record Shop (13 rue Ferrachat, Lyon 69005) and get your boogie on!

Following the government's decision, this event has been cancelled.

The 25th of December is the most eagerly awaited time of year by children. However, this year, there is a treat for the grown-ups! For lovers of vinyl, DJ Pablo Valentino will be filling Le Sucre with the sounds of his funk and disco sets. Event title: All night long. Lionel Richie may not be able to make it, however. 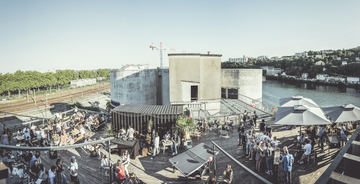 I’m Coming Out Roller disco is letting the good times roll in Lyon! The team at Le Cri du Kangourou (CDK) knows a thing or two about it. And it’s no surprise: most of the team hold French, European and even world championship titles in their categories. Suffice to say that you won’t be dealing with amateurs when it comes to choosing the pair of Impala Skate rollerskates that will be making sparks on the dancefloor.
Starting at €119.95.
. 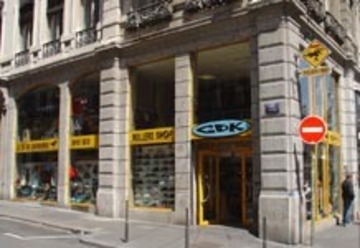 Can’t Take My Eyes Off You

Founder of the concept KLS Lunettes, Audrey Cattoz offers style advice and glasses made in Lyon to suit all styles, even the quirkiest. You will find a wide range to choose from in the shop, from glittery to fuchsia and even lime green frames. €179.
KLS LUNETTES
238 rue Paul Bert, Lyon 3e(et Bellecour, Monplaisir et Croix-Rousse)
kls-lunettes.com

“I select the items displayed in the shop as if they were part of my own wardrobe,” tells us Biche, manager of the eponymous shop in Lyon. Everything here is therefore chosen with care and attention.
Our favourite? This top with sequins and rhinestones, which is as dazzling as a disco ball!
Chez Biche – Boutique Vintage et créative
2 rue René Leynaud, Lyon 1er
chezbiche.fr

This Parisian designer switched from rock to disco last summer with colourful, retro looks inspired by the 80s. Are you sitting down?
The price tag on her Merenea dress is €1380.
Isabel Marant
7 rue Auguste Comte, Lyon 2e
isabelmarant.com

Worn around the neck or in the hair, the silk headband Divine Trouvaille has the style to turn heads. € 59
Divine Trouvaille
Village des Créateurs Bellecour
3 place Bellecour, Lyon 2e
divinetrouvaille.com

If you’re looking for Gloria Gaynorstyle earings, then you need look no further than Léa Morizot at Bagouse. This visual merchandiser and freelance stylist selects the cream of jewellery designers, such as Marie Duvert and her model Farah. € 68.
Bagouse
12 rue des Capucins, Lyon 1er
bagouse.com